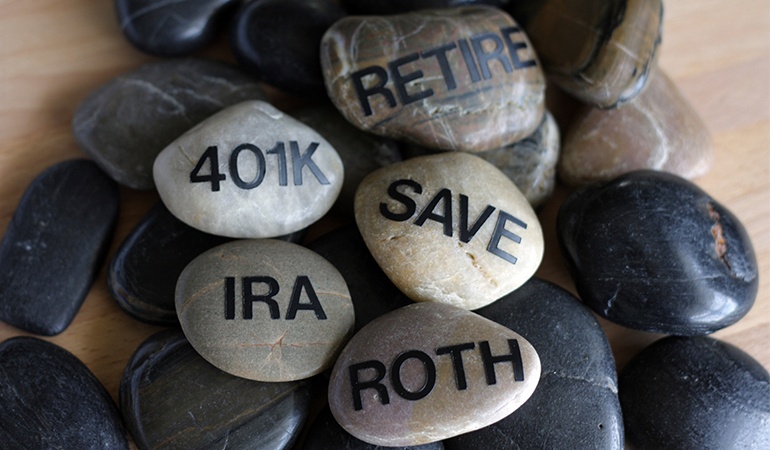 Should You Save for Retirement in a 401(k) or Roth IRA?

Q: My son is 23 and is working full-time for what I consider to be a pretty decent salary. He’s always been a bit of a saver, and he recently asked me if I thought he should contribute to his employer’s 401(k) plan, or if he should instead save in a Roth IRA? What is your advice?

A: Your son is wise to start saving at such a young age. For most of us, it’s difficult to get into the habit of putting money away, so it’s great if we can begin when we have our first “real” job.

The question of whether to use a pre-tax savings plan, such as a 401(k), 403(b), 457, or a traditional IRA, or to use a Roth option, is not an easy one to answer. That’s because there are so many variables that it’s impossible to predict future outcomes.

Your son’s employer-sponsored retirement plan will provide him with a current tax deduction on whatever he contributes, up to a maximum of $18,000. The money invested within the plan will grow tax-deferred for decades, but when he reaches retirement age, everything he withdraws will be taxed as ordinary income, and at whatever the rate that ordinary income is being taxed at in the future.

These tax-deductible retirement plans have been around for decades and have been endorsed by many experts based upon the premise that most people will find themselves in a lower tax bracket once they retire. With that in mind, it would seem to make sense to take that tax deduction today and defer paying the government its share until later.

The problem with this argument is that many of the best savers actually find that they are not in a lower tax bracket during retirement. The fact is that, because they’ve saved and invested well, many retirees end up paying much more in taxes once they leave the workforce than they did during their working years.

The Roth option—whether it’s a Roth 401(k) through his employer or a Roth IRA funded outside of work—takes a different approach. A saver receives no tax break for the funds deposited today, but the money is withdrawn tax-free during retirement.

All things being equal, saving the maximum into a Roth option would provide the greatest chance of high, after-tax income during retirement, and here’s why: The problem with traditional retirement plans that offer a tax deduction is not the plan itself, exactly, it’s with the behavior of the person who is contributing to the plan. That’s because the tax savings provided by the plan is rarely set aside for the future. Instead, human nature, being what it is, means that the higher take-home pay usually gets spent.

So who is better off? The person who used the traditional 401(k) had a larger paycheck each month because of the tax break (but as mentioned earlier, she will, in all likelihood, spend that extra take home pay), and so she now has $1 million that will be fully taxable when she withdraws and spends the money. With that in mind, that million-dollar plan may be worth “only” $750,000 once the taxes have been paid.

The person who used the Roth 401(k) may not have had as large as a paycheck while working, but she now has a retirement plan that will be free of taxes. The $1 million in retirement savings will not be degraded in any way.

So, to answer your question, because your son has begun to save so early in his career, I think the Roth is a better option.

The caveat is that no one can predict what tax rates will be like in the future. Will we move to a flat tax? Will Congress adopt a lower income tax burden along with a national sales tax? Will Roth withdrawals be taxable for higher income retirees?

Because it’s impossible to know what will happen, I believe it’s prudent to diversify tax strategies in the same manner one diversifies investments. Ideally, it would be great to reach retirement with some funds in a traditional 401(k) or IRA, some money in a Roth, funds in a brokerage account, perhaps some real estate, and so on. (Of course, this level of diversification is the reason why a good saver will likely find his or herself in a higher tax bracket once they retire: more income from more sources.)

So, given all of the uncertainties of the future, rather than choose one retirement plan option, I would recommend your son contribute equally to both the traditional 401(k) as well as a Roth IRA. He has roughly 40 years until he reaches retirement age and, no doubt, a lot will change by then. With that in mind, having some diversity with his tax-advantaged retirement plans seems the best route to follow.

Scott Hanson, CFP, answers your questions on a variety of topics and also co-hosts a weekly call-in radio program. Visit www.MoneyMatters.com to ask a question or to hear his show. Follow him on Twitter at @scotthansoncfp.