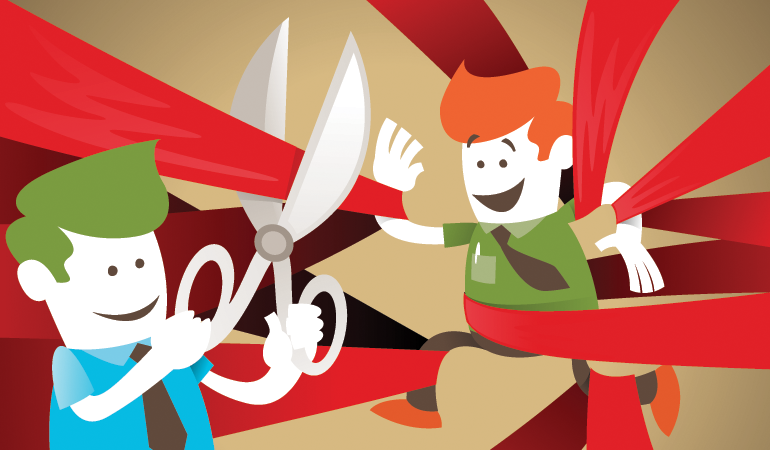 My, oh myRA, what a misguided bureaucratic mess this will be

The myRA (which stands for My Retirement Account) plan will authorize the Department of the Treasury to create a new type of savings plan for those workers who do not have access to an employer-sponsored retirement plan. Deposits into myRA are not tax deductible, but instead grow tax-deferred and come out tax-free upon retirement.

While at first glance this looks similar to a Roth individual retirement account (IRA), the mechanics of the myRA plan are decidedly different.

Rather than having savers choose from a variety of investments available in the marketplace, myRA establishes a fund that invests in a government-managed program guaranteed by taxpayers.

The fund would be similar to the Thrift Savings Plan Government Securities Investment fund, which is already available to federal workers.

So here's the irony: The myRA will actually have the working poor financing the government's deficit spending. By creating accounts that invest in a government pool, it's yet another way for the Treasury to raise funds without having to sell bonds in the public markets.

While this may not have been the original intention behind its creation, it's an important consequence nonetheless.

The president said in his State of the Union address that this program "guarantees a decent return with no risk of losing what you put in." Yet just last year, the guaranteed fund within the government's Thrift Savings Plan earned about 1.5 percent, which is hardly the type of return that will help a person grow his or her retirement plan.

Besides, the U.S. government already has a program in place that pays the working poor to put money into retirement accounts. Depending upon income, taxpayers match 50 cents on the dollar for every dollar that is contributed to an IRA or employer-sponsored retirement plan. That's right. Just like large employers that offer a company match on 401(k) deposits, so, too, does the government offer a match for low-income savers.

The Retirement Savings Contribution Credit, also called the Saver's Credit, isn't exactly a match that is deposited into a retirement account. Rather, it comes in the form of a credit on one's income-tax return.

The credit, which phases down over time from 50 percent to 10 percent, is available for single filers with adjusted gross incomes of up to $30,000 and for married couples with incomes up to $60,000. The credit is limited to $1,000 per individual, but it's not a refundable credit, meaning that it only offsets a person's federal income-tax liability.

This is of nominal value to those who pay little or no income tax.

The Saver's Credit was designed to encourage the working poor to save for retirement, but from every study that I've seen, it hasn't made a dent in the savings rates. It's extremely difficult to imagine that the creation of yet another government program is going to move the savings needle in a positive direction.

"Isn't it time to admit that government programs simply are not the answer? A new government plan that offers a whopping 1.5 percent return is not going to entice anyone to save more."

Because of competing needs and desires, not to mention emergency expenditures, it's not easy to save for retirement. This, of course, is particularly true for people with low incomes. A middle-class family may elect to pare back a family vacation in order to prepare for the future, but for the working poor, saving for retirement is next to impossible.

Correct me if I am wrong, but wasn't Social Security created to be the stopgap that helped seniors who didn't have retirement savings?

Given that we still have a large percentage of poor retirees in spite of this gigantic government system, isn't it time to admit that government programs simply are not the answer?

A new government plan that offers a whopping 1.5 percent return is not going to entice anyone to save more. No one who is struggling to make ends meet will make the decision to go without getting the kids new shoes so they can put a few dollars into a myRA plan.

So what's the answer?

Free-market capitalism and education are what pull people out of poverty.

What the working poor need is a robust economy and the skills to compete in this marketplace. What if we invested those dollars in training and education so that our workers had the skills that are in demand in today's world? Trade schools and certification programs will help them land and even create jobs that pay decent wages.

It will come as absolutely no surprise when several years from now we all view myRA as a grossly underutilized creation with costs that far exceed any benefits. Unfortunately, though noble-sounding, this is just another feel-good program that will do little but provide sound bites for politicians and waste billions of taxpayer dollars.

—By Scott Hanson, Special to CNBC.com. Scott Hanson, a certified financial planner, is a senior partner at Hanson McClain Advisors in Sacramento, Calif.