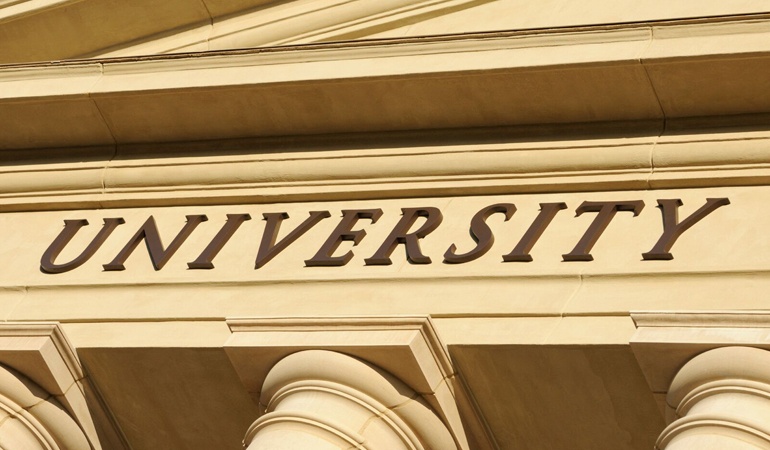 A Big Idea for Retirement

College as a Way to Learn and Stay Happy

Between the day-to-day demands of life, and the fiscal responsibilities (like budgeting) that are necessary for retirement preparation, sometimes an important aspect of planning for the future gets overlooked. It’s not uncommon for someone to have spent their entire career with an eye toward their post-work life, only to then retire and wonder, what am I going to do now?

Some people are fortunate to have had careers that they loved, gaining fulfillment and constructing a social network along the way. But even that comes with risk. People who love their jobs can find the isolation of retirement a letdown. Feeling a loss of purpose is one of the reasons that, according to the health website, mercola.com, recent retirees are 40% more likely to experience depression and substance abuse than any other adult demographic.

And let’s face it, not all of us got to work at our dream job, and some of us can’t wait to make a change. We quite understandably hold or held onto jobs that offered security or benefits—maybe it was the opportunity to receive a pension—but which lacked some of the career-pizazz that we might have hoped to experience in a perfect world.

With that in mind, and with the drawbacks of the isolation of retirement previously documented, here’s one post-career lifestyle choice that has become incredibly popular: when you retire, do not pass “Go,” do not collect $200. Instead, take all the wisdom and experience you have accrued, and go to college.

Why college? There are several reasons, all speaking directly to the continued growth and experience that so many pre-retirees and retirees list as a vital component to personal happiness. What follows is a list of some of the top reasons that, if you haven’t thought about returning (or going) to college before, you should now.

Almost everyone else is doing it!

More and more, colleges here and abroad are catering to mature students. According to a study by the American Council on Education, just 700,000 people over the age of 40 were enrolled in accredited colleges in 1970. Today, that number is over 5 million. (The oldest student enrolled at Harvard this semester is 95!)

College towns can be great places to live.

According to the financial news outlet Kiplinger, based on access to culture, sports, healthcare, low taxes, beauty, infrastructure and the median cost of owning a home, of the top 15 American cities to retire to, fully 9 of them, including Ann Arbor, Michigan, (University of Michigan), and Oxford, Mississippi, (University of Mississippi), have been deemed “college towns,” which, according to the editors at The Chronical of Education, are  “Places where the identity of the city is both shaped by and complementary to the presence of its university, creating an environment enjoyable to all residents, whether they are enrolled in classes or not.”

Still not convinced that a college town is where you’d like to live? Even if you’re not enrolled in school, as members of the community, locals get access to the workout, art and health facilities that are located on campus. To more closely integrate disparate generations, dozens of colleges, including Penn State, George Mason and Michigan State, have constructed ultra-modern retirement villages right in the center of their bucolic premises.

You could study overseas.

Don’t want to attend a local college or university? Been there, done that? (Or it never interested you in the first place?) No problem. If you conduct an Internet search of: “Opportunities for retirees to study abroad,” you’ll get over 33 million hits, many of which are promoting language programs dedicated specifically to people over the age of 50.

But based on my experiences, language schools are not all that people are looking for.

These days, what many retirees purport to want is to be completely immersed in a stimulating college experience, where the arts, culture and energy of a multi-generational environment make learning enjoyable.

The world’s population, especially in the West, is aging, and in response, colleges and universities are adapting. The Sorbonne of Paris, which was founded in 1150, now has an average enrolled student age of almost 41. An homage to this shift in demographics can be found at universities throughout South America, Europe and Asia, many of which now devote considerable class space and resources to meeting the needs and expectations of their maturing student bodies. In fact, studying abroad for the over-50 set has become so common, that about 60 American colleges actually have campuses overseas (many have several), with entrenched, well-funded and diverse programs aimed squarely at fulfilling the educational demands of seniors. Want to study Renaissance art in Florence, Italy? New York University has a satellite campus there, as well as campuses in London, Santiago, Chile, Hong Kong, Madrid, and in half a dozen other world class locations.

College can be surprisingly affordable.

There’s been a lot in the news recently about how high tuition and hefty student loans have buried our recent college graduates under a mountain of debt. This debt has been identified as a major reason why our economy continues to sputter, as many recent college graduates simply don’t have the disposable income to make important lifestyle purchases such as new homes or cars.

The advantage of being retired is that college can actually be less expensive (than it is for 20-soemthings). If you’re over 50, Harvard offers you the opportunity to take any three courses in a single year for just $600. A healthy 120 universities in 49 states, including UC Berkeley, UCLA, and North Carolina State, just to name a few, all have branches of the Osher Lifelong Learning Institute—which was generously endowed by Bernard Osher to serve the needs of older students—right on campus. Being a member of Osher means that to attend courses, you merely pay nominal dues and not full tuition. Lastly, most colleges and universities offer retirees the option of “auditing” courses (sit in and learn without worrying about your grade), while, in an attempt to attract students, some European universities (such as the Sorbonne) actually offer scholarships and grants to foreign retirees.

You could reinvent yourself.

Maybe you’re one of those people who always dreamed of teaching art history, running a cooking school, or becoming a graphic designer. Perhaps you have no intention of slowing down, and you see retirement as the opportunity to have the career of your dreams.

Good for you! (According to polling giant Gallup, 75% of people say they plan to work past the age of 65, with over half of those saying they plan to do so by choice.) With the average American lifespan approaching 80, for most people there’s ample opportunity (and time) to reinvent yourself and experience something completely new.

We live in an amazing time where, rather than be seen as done contributing, more and more, experienced people are viewed as adding to the fabric of our culture, and are working and inventing and creating and making our world a more interesting and better place. We demand more from life, and we demand more for longer than at any time in history.

Colleges have been amongst the earliest adapters to satisfy this massive shift in perception.

No matter what route your next phase of life takes, I urge you to consider attending (or living near) a college. Colleges and college towns conspire to help people meet many of the criteria for a fascinating and fulfilling life, and the opportunity to keep growing is something that all of us should consider essential to our happiness.

Lastly, I leave you with this: Born in 1475, Michelangelo was an Italian Renaissance sculptor (the Statue of David), painter (the Sistine Chapel), and architect (St. Peter’s Basilica), who is widely considered to have possessed one of the greatest minds in history. At a time when the average Italian lived to be just 29 years of age, he lived to be 89. Famously, Michelangelo’s last words were reported to be: “I’m still learning.”

I think we can all agree that “I’m still learning” is an epitaph well worth aspiring to.