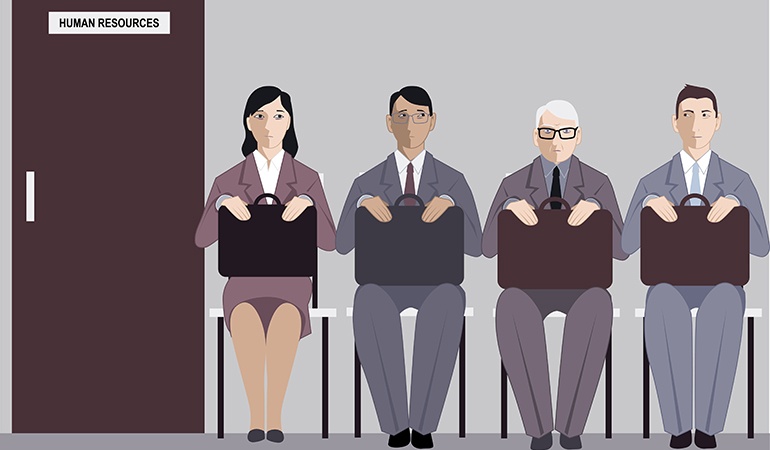 Ageism, the discrimination against a person because of their age, has, especially when it comes to bias against older people, typically been met with a shrug and a roll of the eyes. In fact, some of comedy’s most enduring sketches have been parodies of the elderly, depicting them as clumsily out of touch or hard of hearing. Even in the workplace, where sensitivity training is increasingly common, being dismissive of older people has historically not been corrected with the aggressiveness it deserves.

The good news is that, when it comes to our perception of what it means to have experience—namely, to grow older—our culture might finally be witnessing the long-awaited rewrite of an unwelcome and inaccurate paradigm.

It’s said that a person’s opinion is more likely to be swayed by example than by argument. It’s also been said that “necessity is the mother of invention.” Even though we have a rapidly maturing population—more than half of all Americans are now over the age of 40—we are not only living much longer, we are living much healthier lives. This has helped to kick start a massive shift in our perceptions. Simply, we are no longer stuck seeing older workers as liabilities, but instead, are viewing them as integral to success. And, as something that benefits all of us, this evolution of our perceptions is happening at precisely the right time.

If you’re in the over-60 demographic, and have been looking for work in this slug-slow recovery from the Great Recession, there’s reason for optimism. Recent surveys of HR departments published by the likes of CNN, CBS News and US News and World Report are all trumpeting a new normal: When it comes to staffing, hiring and retaining older workers may actually be the best route to follow.

Why has it been so difficult to change this paradigm? There are many understandable reasons why youth is revered in our culture. In our mind's eye, youth equates to possibility and optimism. The chance to do things right. But there are other reasons that youth has, perhaps unfairly, enjoyed such a cultural focus. One of the engines of our economy is excess consumerism. Marketing executives (whose average age is 32, by the way) know that younger people (under the age of 35), are, first, more likely to purchase things they don’t need (the newest smart phone, when the old one works just fine, for instance), second, are more likely to repeat purchases (see the same movie several times), and, third, are more likely to be first in line to buy a new product (those aren’t retirees lined up outside of the Apple store). This has meant that when it came to advertising, art directors and marketing departments pandered to younger people, portraying them as the center of all things essential to the survival of the universe.

Someone had to play the foil. And that role was cast upon older people, who were depicted as keeping the young from remaking the world.

But has it all been a gross misrepresentation?

If you consider the dynamics of a healthy economy, obviously we need the purchasing power of young adults. But what about employment? And what about the energy behind successful companies? Is Mark Zuckerberg of Facebook truly the face of entrepreneurial America?

On the contrary, when it comes to business, here’s a fact that bears examination: According to the Kauffman Foundation, a nonprofit research group that analyzes business trends, while the Facebook(s) and Apple(s) of the world get the attention, people over the age of 55 are TWICE as likely to found successful startups as those entrepreneurs who are under the age of 35.

Simply, older people have more experience, they’ve learned from their mistakes, and they are able to nimbly apply those lessons in the workplace.

"Grow old along with me! The best is yet to be." Robert Browning

It only stands to reason that generational success as entrepreneurs would also translate to success as employees. That’s because the Kauffman studies found that older workers tend to be more disciplined, loyal, experienced and reliable than their younger peers. That’s not to say that there aren’t many younger workers with drive and ambition (because there are); it’s simply to say that, until recently, not very many studies examined the workplace differences between people who are intrinsically (inwardly) versus extrinsically (outwardly) motivated. In a nutshell, older workers are more likely to be intrinsically motivated: they succeed because they love their jobs, thriving on communication, appreciating challenges, and valuing being a part of a team.

By contrast, younger workers tend to be more extrinsically motivated, which means they are more likely to be driven by the monetary rewards of a job, or by a particular company’s prestige.

The Benefits of Older Workers

What other assets do older workers bring to the workplace table? What follows is a description of some of the things that savvy HR departments are finding that make older employees valuable.

Older people typically know themselves better than younger people. They have more practical experience than their younger, less mature peers, and this means they are more focused and more likely to know how to get things done. Older workers were raised in a generation where loyalty was earned, given, and valued. People didn’t “job hop” like they do now, and that loyalty means older workers are more likely to see themselves as “in it for the long haul.” 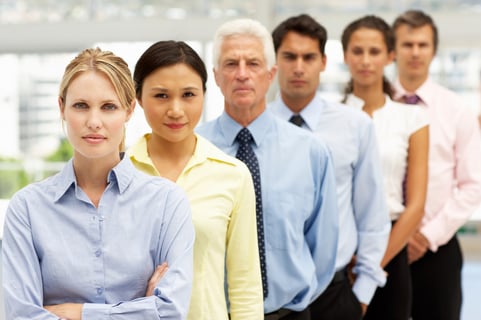 Generations, like people, have personalities. According to a 2012 survey conducted by the Pew Research Center, of 3,000 HR departments that responded, a full 65% said that older workers simply work harder than younger workers. The reasons given were many, but include the fact that older workers have been around and have been working for their entire lives. They are more focused than younger workers, and while you can teach someone the latest technology, you cannot instill in them a better work ethic.

This is not to say that younger people don’t value honesty, but, when surveyed, only 61% of Gen X and Gen Y respondents said that honesty was important. A full 92% of respondents over the age of 60 said that honesty was important. Take what you will from that statistic, but personnel managers have interpreted it to mean that older people simply value the truth, and, by extension, companies with employees who value the truth have stronger internal cultures.

Retirement has completely changed. It’s not only more active and more productive, its duration lasts years longer than just a generation ago. With the average American lifespan now almost 80, it’s no surprise that, according to Forbes, 16% of the workforce (up from 12% just 10 years ago) is now over the age of 65.

Expect that number to grow considerably over the next two decades.

Think older people are more fragile, more prone to accidents, or more likely to call in sick than younger people? Not a chance. A new Daily Telegraph survey of 3,000 British and American workers found some interesting data: Employees under the age of 35 are twice as likely to call in sick as those workers who are over the age of 55. The survey found that workers under the age of 35 missed on average 9.5 days of work per year, while those over the age of 55 missed less than 4. The cost to companies for those extra 5.5 missed days of work per year is estimated to run into the tens of billions of dollars.

90 years ago, F. Scott Fitzgerald said, “There are no second acts in American lives.” Were Fitzgerald only alive today, he’d be unable to say such a ridiculous thing. With an exploding over-40 population, the perception, of what and who is viable in America, is changing. And from the perception of employment industry experts, this paradigm shift is long overdue.

"Aging is not lost youth but a new stage of opportunity and strength." Betty Friedan